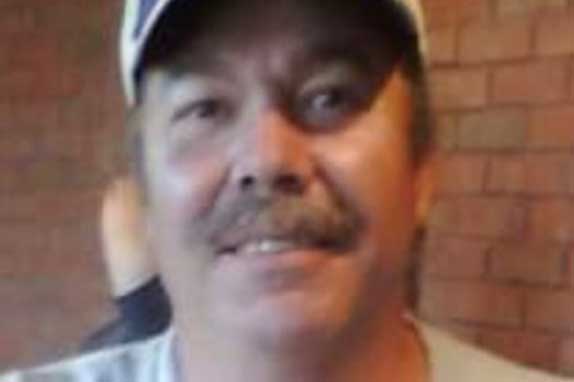 “Travel was a passion for Tim, and he enjoyed traveling most with his wife and family. Camping and fishing brought him relaxation and joy, as well as appreciation of our amazing and beautiful world. “

Timothy Todd Michael “Tim”, age 64, of Merrillville, passed away on Friday, May 27th 2022.  He is survived by his beloved wife, Denise; and loving daughter, Tina (Matt) Fye of MI.  He is also survived by his brother, Terrill, of TX; sisters: Michaelle (John) Geisheker of WA, Amy Michael of PA, and Lisa (Paul) Brewer of IN; in-laws, Virginia and Herbert Barrus of IN; brothers-in-law: John (Loretta) Barrus of IN, Michael (Lynette) Barrus of MN, and Andrew Barrus of IN; and numerous aunts, uncles, nieces, nephews, and cousins.

Tim graduated from Lake Central High School, class of 1976, before joining the U.S. Marines, and was honorably discharged with recognition in rifle expertise and pistol sharpshooting.  He went on to enlist with the Army Reserve and National Guard, reaching the rank of sergeant and becoming a training instructor and training in nuclear weaponry with the Department of Defense. Tim’s time in the military sparked interest in firearms, which he displayed proudly and took shooting regularly.

Tim has lived a storied life, holding many jobs throughout many states: while in Indiana, he worked in jewelry sales, and was a carpenter and a welder; he worked as a pharmacy Tech in Minnesota; and was a pet store and aquarium manager in New Hampshire, where he also worked as a nuclear ship pipefitter overhauling nuclear submarines.

Ultimately, Tim retired from Comcast Communications as a certified Master Line Technician. He also earned multiple “certificates of Graduation” from the National Cable Television Institute throughout his nearly 20-year career.

He was known to be “the man with many toys” (maybe too many?)  He enjoyed astronomy (he was even a card carrying member of the Calumet Astronomical Society) and astrophotography and took any opportunity to introduce people to his reflection telescope and the photos he took of the cosmos.  His love for science was enormous and contagious, as he was always finding ways to share and teach all that he knew.

Tim had an unwavering love and appreciation for music, and often gravitated back to his bass guitars.  He also played keyboard and was most recently learning how to play the 14th century recorder.

Travel was a passion for Tim, and he enjoyed traveling most with his wife and family.  Camping and fishing brought him relaxation and joy, as well as appreciation of our amazing and beautiful world.  In his travels he picked up interest in gemology, and always had an eye for unique pieces to transform into lovely jewelry.

Tim’s humor and smile will be dearly missed and fondly remembered by all who knew and loved him.  A memorial gathering will take place on Saturday, June 11, 2022 from 2 until 6 PM, with a memorial service at 2:30, Chaplain Michael Booth officiating. Military honors services at 5:30. In lieu of flowers, donations may be made to your local Toys for Tots, the American Kidney Fund (working in conjuction with the Veteran’s Administration), or any cancer cause of your choosing.