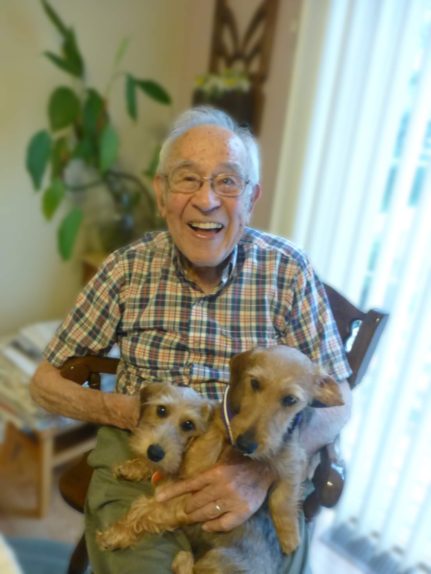 He attended Froebel High School and enlisted in the Army immediately following graduation and completed his tour of service in Japan.

On June 28, 1952, Bob married his lifelong love, Betty, and they made a home in Gary where they raised 3 daughters. They later moved to Hobart and most recently settled in Logansport.

Bob worked in route sales for Chapman Laundry, After retiring, he continued to work in sales for the Slotkowski Sausage Company.

Bob enjoyed being a part of the Cleveland Heights neighborhood group and also bowled in local leagues. While living in Gary, Bob was a member of Blessed Sacrament Catholic Church. Bob joined Assumption of the Blessed Virgin Mary Catholic Church when he moved to Hobart. He was a Fourth Degree Member of the Knights of Columbus.

Travel and photography were a couple of Bob’s favorite interests. He and his wife traveled the world whenever they could.

Along with his parents, he is also preceded in death by sisters, Irene, Theresa, and Margie, and brothers Charlie and Tirso.

In lieu of flowers, the family requests a memorial donation be made to the Maria Reiner Senior Center Art Department.  While residing in Hobart, Bob was an active member of the Center and an enthusiastic participant in the art classes.

Uncle Bob was one of my favorite people. Love to listen to his stories about him being in the army and love to look at the photos of his and my aunts travels. Most of all I admire the marriage that they had and continue to have in heavens. ❤ You’ll be deeply missed! Til we see each other again. Love you Jamie Hamilton-Howard.