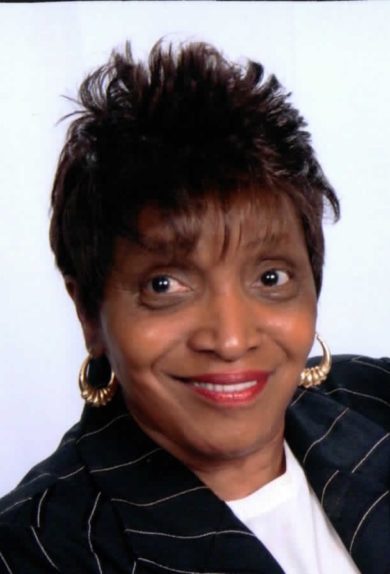 Muriel accepted Christ at an early age and was baptized at St. James Missionary Baptist Church under the leadership of the late Reverend W.L. Guydon.  In her later years, she became a devoted member of the Praise House under the leadership of Pastor Marcus Hurt.  She served as president of the Mother’s Ministry and was very fond of Mother George. She also served in the kitchen ministry.  Muriel was a proud graduate of the Theodore Roosevelt High School class of 1968, home of the Indiana Basketball State Champions.  While at Roosevelt High School, she was a member of The Future Business Leaders of America, Future Homemakers of America, and the Human Relations Clubs.

Muriel was considered a “fun” loving person by her classmates. During high school, she was part of a group of young ladies who formed a social club at Roosevelt High School called the “Sophisticates.”   For over 50 years, a relationship between Muriel and her best friends from high school flourished – Nina Turner, Beverly Robinson Scott, the late Evelyn (Dowdell) Reed, Brenda {Steel} Andrews, Sheila Griffin Bunch, Christy Hayes Jordan, and the late Laverne (Pig) Thompson.

After graduation, Muriel completed courses and was awarded a certificate in IT training at the Lear Siegler Institute in Indianapolis, Indiana. She continued her studies at Purdue University Calumet Campus.

Muriel was a hard worker and was employed for over twenty years at inland Steel Corporation as a computer programmer in the Data Entry department.  After retiring from Inland, she worked as a sales clerk at Service Merchandise in Merrillville, Indiana.  Muriel’s final employment in the Calumet Region was as a sales representative at Basco, an Industrial Sales Corporation in University Park, Illinois.

Muriel was devoted to caring for her family. First and foremost, she was a dedicated mother to Harold. She loved her role as a granny to Xavier, Abbrel, and Jowan.  Muriel loved shopping, cooking, socializing and entertaining.  We will miss her face, her laughter, and her good food. We will hold those memories close to our hearts. She is probably looking down and saying, “Son, you can now be the best cook.”  However, some of the best times for her were Granny’s time with her grandchildren. Muriel’s life would seem too short to us, but those touched by her understood that the quality of existence far exceeds the quantity of time in which one lives.

Muriel will be deeply missed by many loving cousins, family, and friends. The family is deeply grateful for the outpouring of love, prayers, and support during this difficult time.  God grant her eternal rest.