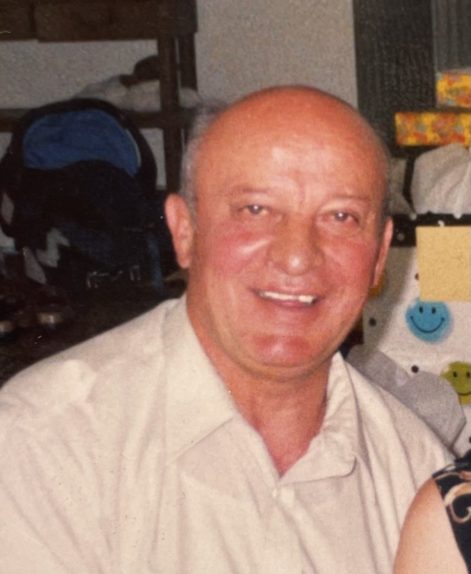 His greatest joy in life was to be surrounded by his wife, children, grandchildren, family and friends. His smile and gentle soul will be missed by all.

Miladin “Mike” Jasnic was born on April 7, 1938 in Selo Lesak, Serbia. He passed away peacefully at home surrounded by his family on December 24, 2022. Miladin was a lifelong member of St Elijah Serbian Orthodox Church and spent many dedicated years working at the church while it was being built and after.

In December of 1958 he immigrated to the United States with his mother and sister to join his father. In September 1965 he specifically visited his homeland to find a wife. He encountered his childhood friend, Sretena. On September 24, 1965 they were married after five days of courtship.

He was preceded in death by his parents Isidor and Stojka Jasnic and brother and sister in law Milan and Dusanka Jasnic.

Milandin worked and retired from the Budd Company after 30 years. While working for the Budd Company, he taught himself various trades and formed a construction company with his wife. He dedicated his full time to building beautiful custom homes after retirement. He was a jack of all trades and a fantastic majstor.

His greatest joy in life was to be surrounded by his wife, children, grandchildren, family and friends. His smile and gentle soul will be missed by all. May his memory be eternal. Vecnaja Pamjat.