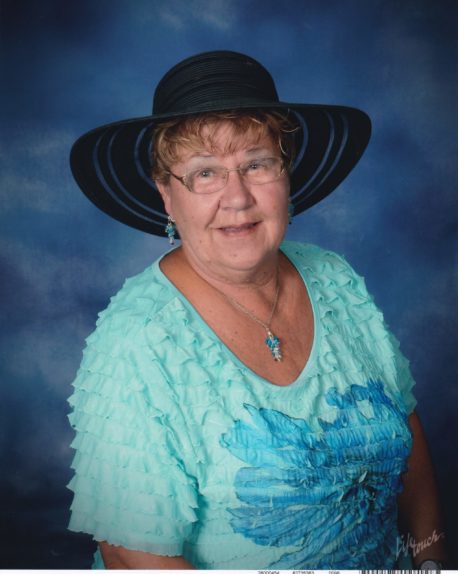 We were not ready for her to leave us, but she was never late for a party.  Joyce A. Yagelski, age 76, of Crown Point, died Sept 1, 2022.  She wanted to be a little early to celebrate her wedding anniversary and dance her heart out. She was a graduate of Merrillville H.S. class of 1964, but she hung out with the gang in the Tolleston area. Although she had many jobs under her resume and she “retired” from Kohls Department store, her favorite occupation was that of mother and grandmother. She could entertain the kids with a paper towel tube and a gum wrapper.

An avid bowler in her youth, she toured the United States coast to coast for tournaments. She would return with great stories about her scores and a new beer stein for her husband Jay. It is believed that is when she became an incredible collector of stuff, all sorts of stuff. Joyce was always very active, she loved softball, bowling, dancing, corn hole “bags”, and her version of sidewalk cricket. Joyce was always eager to go to the beach with her sisters collecting sea shells and a little sand or attend the parades. She even helped to decorate a float for the Maria Reiner Center! Joyce was a member of Our Lady of Consolation Catholic Church since 1966 and was also a member of Friends in Christ Outreach Ministry – “Head Honcho” Food Pantry OLC in addition to their Women’s Guild.  “

If you’re wondering what took her, she’d say, “Tell ‘em it wasn’t from smoking.  And, yes, there is smoking in heaven.” That was mom.

Friends may pay respects on Thursday, September 15, 2022 from 9am to 12pm, with services at 12pm at the Calumet Park Funeral Chapel, 7535 Taft St, Merrillville. Inurnment Calumet Park Cemetery. For further information please call Mileva or David at 219-736-5840. In lieu of flowers monatery contributions may be made to the family.

Hey girlfriend; i m gonna miss one of my partners at the parades,dancing, and even ur famous saying ( thats not nice ). You’ll always have a place in my heart. Joyce

Joyce and I were friends from the time I was 8 years old. She thought me how to play marbles and stick ball. I though her how to go on dates. She introduced me to her wonderful cousin David who became my husband of 45 years. Joyce was a fantastic person, she will be missed. Love you Joyce.

So many fun memories with Joyce, from dancing , playing bunco, shoe shopping, clothes swapping, and much much more…Love you Joyce..and will certainly miss you…I know youll be having a funtastic time keepin everyone on their toes!!!..