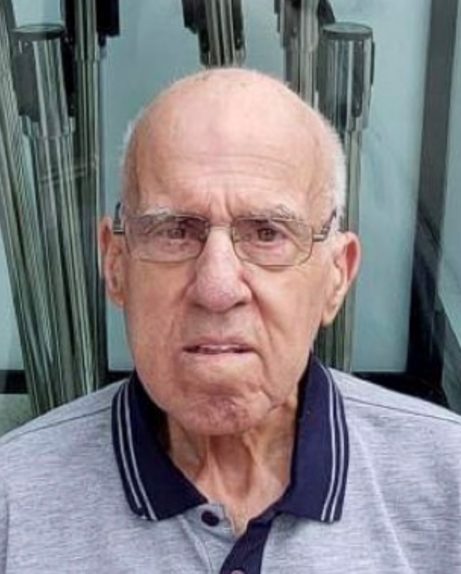 of Froebel high school, Gary, IN. He married the love of his life, Aliki Souronis on November 20, 1960 in

Gary, IN. She preceded him in death on February 8, 2022. James was employed by EJ and E Railway as a

machinist. He retired in 1993. James had a love for sports especially baseball. He was a die-hard Cubs

fan. He also coached baseball at Junedale Little League for many years, coaching many of the

neighborhood kids. Everyone he coached called him “Coach” and still called him that to this day.

Survivors include his two children, Bill (Michelle) Souronis of Valparaiso, IN and Alex Souronis of Crown

Point, IN; two granddaughters Eleni Souronis of Nashville, TN and Michaela Souronis of Valparaiso, IN

and many numerous nieces and nephews. The family would like to thank Methodist Hospital for the

care they gave to James. James was preceded by his parents William and Anna Souronis, brothers Michael and Tom (Shirley)

Street Merrillville, IN with a Trisagion service at 5pm.

In lieu of flowers, donations can be made to St. Constantine & Helen Greek Orthodox Church.

Miss you already Dad!! You are now back with Mom. I know how much you missed her and are now back together. We will continue to watch the Cubs & Bears with a little help from you above.