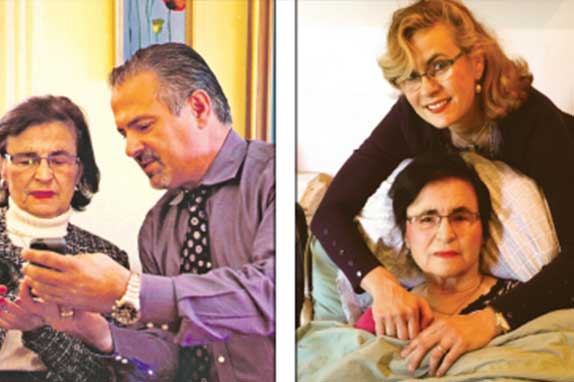 “Danica was a star student and attended medical school in Belgrade, Yugoslavia.”

Danica Velibor Dobrich Trifunovic, born January 31, 1932 in Belgrade, Yugoslavia, and who resided in Brentwood, Tennessee, died on June 28, 2022. Danica, (Donna) was the daughter of the late Yugoslavian Royal Army Lieutenant Colonel Velibor Dobrich and schoolteacher and administrator Darinka Kocic Dobrich. Danica was the loving wife and widow of textile inventor Alexander L. Trifunovic. After a lengthy illness, she passed away peacefully at home with her family at her side.

Danica was a Serbian Orthodox Christian born in Belgrade, Yugoslavia. She grew up living in Sarajevo, Leskovac, Lebane, and Belgrade. Danica was a star student and attended medical school in Belgrade, Yugoslavia. Danica majored in Linguistics at Sorbonne University in Paris, France — while under the generous assistance and care of French General and Mrs. Ferdinand Besançon — friends of her Colonel father. After Paris, she was finally able to successfully emigrate to the United States to escape communism in the former Yugoslavia. She was happy to reunite with her parents and brother who had already arrived in Gary, Indiana. One year after her arrival to the United States, she married Textile engineer and inventor, Alexander L. Trifunovic. After marriage, she moved to Wilmington, Delaware; Burlington, North Carolina; then as a young widow, to Philadelphia, Pennsylvania and Brentwood, Tennessee. She was proud to become an American citizen five years after her arrival. Danica was a foreign language interpreter for DuPont, a French teacher, and even owned her own fashion design and consulting business, DVT Enterprise International. She spoke five languages fluently, of which French was her favorite. She was the epitome of “European Old World Elegance.” She was a “lady” in the true sense of the word. She loved style and proper etiquette. She loved the beach and owned an oceanfront condo vacation home in South Carolina for many years.

She is survived by her talented, younger brother Mihailo (Mike) Dobrich. She leaves behind her two children, a son, Robert Trifunovic, M.D. and a daughter, author and artist, Ariane Trifunovic Montemuro. She is also survived by six beautiful grandchildren, Alexandra, Stefan, Katarina, Natalia, Anthony Alexander, and Ana Ariane. She also leaves behind her son-in-law Anthony Montemuro, M.D., a daughter in-law, Simona Trifunovic, a sister-in-law Lela Dobrich and a niece, Doris Dobrich Manojlovic and her family.

Visitation will be held on July 1, 2022 at St. Sava Serbian Orthodox Church, 9191 Mississippi St., in Merrillville, Indiana between 10 a.m. followed by a funeral service at 11am, officiated by Very Reverend Father Marko Matic, and laid to rest at Calumet Park Cemetery, next to her husband and her parents. In lieu of flowers, the family asks for all donations to be made to the St. Petka Serbian Orthodox Church Building Fund. Please mail your check to 1712 5th Ave. N., Nashville, TN 37208, and be sure to write Danica Trifunovic on the memo line. For Further information please contact Dave or Mileva at Calumet Park Funeral Chapel (219) 736-5840. Thank you and Hvala for all your beautiful love.